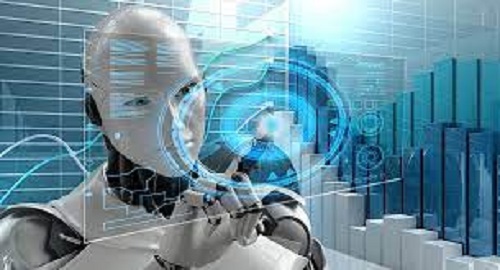 Picture a software bot that can do many of the work tasks you have to do on a regular basis, but which never makes mistakes, works faster than you can, and never asks for pay raises, vacations, or even evenings and weekends off. Sound scary for your future employment prospects? You couldn’t be blamed for thinking that way. However, Robotic Process Automation (RPA) isn’t an enemy of human workers at all. In fact, it works best alongside humans.

Despite fears about robots replacing humans in the workplace, RPA bots — which are capable of automating many mundane, high volume jobs — are designed to augment humans as they work.

For those willing to embrace these tools (which is an ever-growing number of businesses and other organizations) RPA can have a major positive impact on the human workforce. Here are five reasons why — and how — these software-based tools are here to help, not to hinder.

#1. They can automate the jobs no-one wants to do

The overwhelming majority of people don’t enjoy the kind of mundane tasks that RPA bots are so adept at. These are tasks like data entry and migration, report generation, claims processing, setting up new users on myriad systems, and assorted other tasks that can take up large amounts of time, but don’t necessarily make the best use of the humans who previously had to carry them out.

Experts often talk about automation behind good for the dull, dirty, and dangerous jobs — of which RPA can carry out the former “dull” category. While no-one would argue that these are tasks that can be ignored, taking them away from the people who previously had to do them is likely going to raise very few protests in the workplace. Especially since…

#2. They free up humans to focus on other things

Question: When is hearing that your boss can automate a large part of your workload a good thing? Answer: When this means that you get to focus on more interesting work that builds on the kind of soft skills that software is unable to replicate. That’s the promise of RPA — which carries out the monotonous, mundane jobs while giving humans the opportunity to focus on the more interesting and challenging tasks that can add real value to a business.

In some cases, this will involve strategizing. In others, it could mean focusing on areas like relationship-building with clients. These are the tasks that many employees would likely enjoy dedicating more time to, but are often unable to due to the time-munching tasks that RPA bots can now assist with.

#3. They can solve workforce headaches

There are plenty of jobs where staff turnover is high and it can be difficult to forecast demand and subsequent activity levels. This can result in labor shortages that can make life tough for both the HR teams responsible for staffing and the miscellaneous other employees who have to pick up the slack left by not having enough colleagues to work with. RPA tools can be deployed rapidly and cost-effectively, while also being scaled up and down quickly depending on demand.

RPA bots fall into one of two categories: Unattended and attended solutions. Unattended solutions refer to the bots that carry out tasks like data migration without any human intervention required. Attended automation, meanwhile, refers to software bots that can sit on the desktop and provide contextual pointers and recommendations to human users. They can, for instance, be used for on-the-job training to let human employees know what they should be doing as they learn the ropes.

Alternatively, they could flag potential compliance issues, ensure various policies are adhered to and followed, and more. Far from the fear some users have of robots stealing their jobs, attended automation can be used to make human workers better at their roles. Particularly at a time when remote working is increasingly commonplace, attended automation RPA bots may be a game-changer.

#5. RPA can improve speed and accuracy

Provided that they are implemented properly, RPA bots can greatly increase the speed and accuracy with which certain tasks can be performed. That means fewer errors and, ultimately, happier customers — which also makes for happier employees.

Using RPA to improve the efficiency with which businesses can be run can, resultedly, have a big impact on the experience of people working for that company. Since a positive workplace environment will mean employees staying in roles for longer and feeling a greater sense of satisfaction, this usage of RPA software can be a major boon for humans. The sooner many skeptics realize this, the better.

Discover How AI is Taking Over In-Product Search

Your Company Needs to Start Planning for SASE Today

Tips and reasons why you should consider AWS outposts

Hi Tech Gadgets – There is no limit