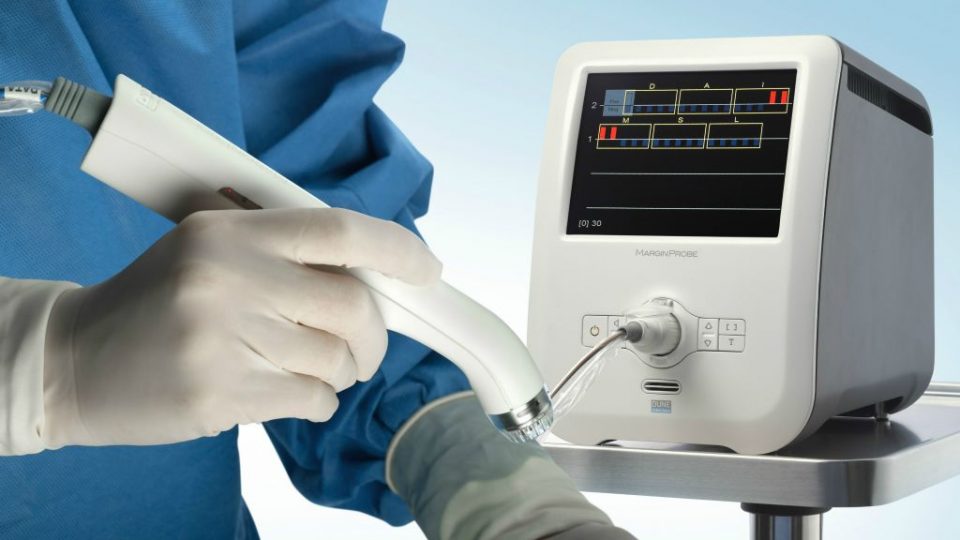 What is a negative margin?

The tissue that surrounds the tumor is known as the margin. Your surgeon typically extracts both the tumor and the margins during a lumpectomy. Testing determines whether they are ‘clean’ or ‘negative,’ indicating cancer-free, or ‘positive,’ meaning harboring cancer cells. The analysis of this test usually takes a week. If the margin is positive, the patient will need a second lumpectomy to remove additional tissue. Clean margins are required for a successful lumpectomy, ensuring that all cancerous cells are removed. In around 3 to 5 minutes, the MarginProbe device technology may detect cancer cells during operation. The necessity for a repeat lumpectomy is considerably reduced when positive or negative margins are identified during surgery. Positive margins used to need a second lumpectomy in 20-30% of lumpectomy patients. When MarginProbe is used, this need is cut in half.

How does margin probe work

The MarginProbe is a laparoscopic instrument used in combination with cancer diagnostics and palpation. A console and a probe are used in the MarginProbe System. The probe sends out a radiofrequency that can identify malignant cells from healthy ones. The console analyzes the probe’s readings in real-time. During operation, your surgeon sees the outcomes on a screen and utilizes the tissue analysis to remove any cancerous tissue. A margin of clean tissue around the tumor of at least 2 millimeters protects against tumor recurrence. The MarginProbe system can help all lumpectomy patients. MarginProbe raises the bar by proving thoroughness.

The downside of margin probe

According to surgeons, one disadvantage of MarginProbe would be that it exaggerates the presence of malignancy, leading to unneeded tissue excision.

A brief summary of margin probe

Benefits of Self-Storage for Businesses